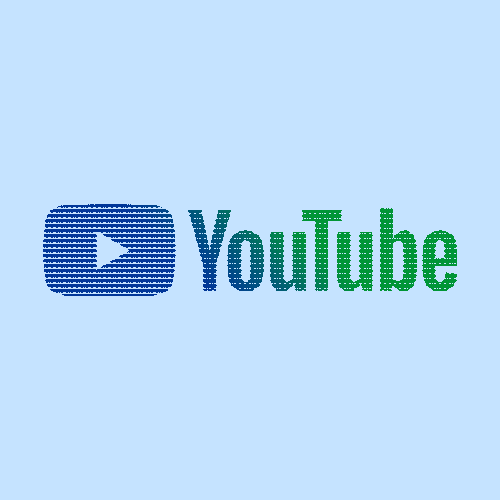 YouTube: Using Data to See What You Want to See

When YouTube was founded by three young entrepreneurs in 2005, the concept was pretty straightforward. It was a website where anybody in the world could share and watch videos for free. Whether you were a major media corporation or a kid with a camcorder, YouTube offered you the chance to get millions of people to watch your video.

Fifteen years later, YouTube is second to only Google in web traffic. While its key offering remains the same, YouTube is a far more sophisticated operation due to its embrace of data science aimed at monetizing our viewing habits.

Steve Chen, Chad Hurley, and Jawed Karim, three former employees of PayPal, launched the website in April 2005, when Karim uploaded “Me at the zoo,” an 18-second video showing Karim describing elephants at the San Diego Zoo. Here’s the transcript:

All right, so here we are in front of the, uh, elephants, and the cool thing about these guys is that, is that they have really, really, really long, um, trunks, and that’s, that’s cool, and that’s pretty much all there is to say.

At the time, the decidedly underwhelming video was part of what the three founders hoped would be a fabulously successful dating site. They hoped people would upload videos for prospective partners to see. “Tune in, Hook up” was their original tagline.

Suffice to say, the dating angle didn’t work out. Instead, people started uploading videos with no apparent romantic motives.

“Our users were one step ahead of us,” said Karim in a 2015 interview. “They began using YouTube to share videos of all kinds. Their dogs, vacations, anything. We found this very interesting. We said, ‘Why not let the users define what YouTube is all about?”

Buzz around the site continued to build, attracting the attention of major corporations. Later that year, the founders were offered millions in venture capital to take the site to the next level.

“I love how the democratization of the filmmaking process and platforms like YouTube have enabled people to tell stories that in previous generations simply could not be told.”

The road to profits is paved with data

Only 17 months after its founding, YouTube was purchased by Google for $1.65 billion. The site did not yet have any way of making money — there were no advertisements — but Google believed that it was only a matter of time before YouTube’s massive audience would translate into profits.

The following summer YouTube began selling ads. At first, rather than making viewers watch an ad before the video begins, YouTube went with “transparent” advertisements that would pop up over the lower half of the video for 10 seconds.

In addition to its hundreds of millions of users, YouTube became a formidable advertising platform because of the tremendous amount of data that Google could collect on users, including their location, the videos they were watching on YouTube, and the websites they were visiting from the Google search engine. In contrast, TV stations were largely still relying on mailing surveys to people.

Your experience on YouTube is greatly shaped by the site’s algorithm, which recommends content to you based on the videos you’ve watched and other online behavior. The company has claimed that 70% of what viewers watch is based on the site’s recommendations. From the viewer’s perspective, the data-based recommendations help them get to more videos they enjoy, while from the perspective of the company, they make it more likely that viewers will stick around and see more ads.

In 2019, YouTube generated $15 billion in ad revenue, or about 10% of Google’s overall revenue. And yet, even that may understate YouTube’s value, since the data generated from its users may be useful to Google in other ways.