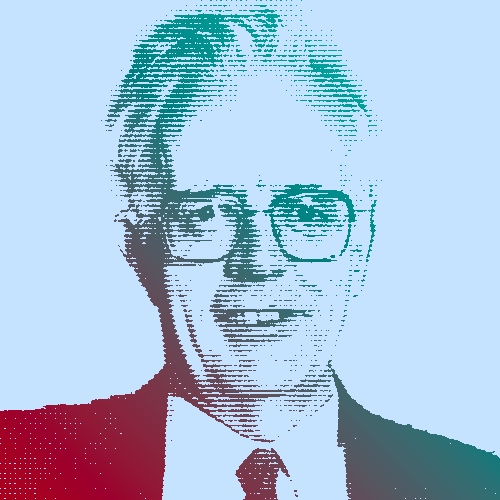 David Cox (1924) is one of the world’s leading living statisticians, most famous for survival data. Yet during his career, he did far more than just survive. He developed innovative statistical methods that would change the way we work with data.

It all began when David studied mathematics at Oxford University and then Leeds. During World War II, Cox landed at the Royal Aircraft Establishment where he was set to work on statistics in the mechanical engineering department — at the time, statistics wasn’t yet widely recognized as a separate discipline and many thought that, with a firm grasp of mathematics, it was easy to pick up in a week or two. After the war, he got more direct hands-on experience at Wool Industries Research Association.

Once he had finished his PhD, he began combining teaching and research at numerous prestigious intuitions including the Cambridge University, Birbeck College London, Imperial College, and Oxford University. During this time, he made significant contributions to statistics and applied probability — including over 300 papers and books — that earned him a knighthood in 1985, the fellowship of the British Royal Society and a wide array of awards.

“I would like to think of myself as a scientist, who happens largely to specialize in the use of statistics.”

He is most famous for his proportional hazard model that separated time-dependent and time-independent data in order to predict the interval of time that passes until a particular event e.g. mechanical failure or patient death. Drawing on his industrial experience looking at the robustness and life duration of materials, he set about helping analyze the patient data that was notoriously difficult to grasp. He put forward a model in 1972 that others implemented. Survival analysis would have profound repercussions on medical research, as well as industrial life testing, physics and econometrics.

Although his most famous achievement, he admits that it wasn’t his life’s work — over a 4-year period he thought about survival data before hopping into bed. The rest of his energy was spent on applying statistics and probability to everything from bovine tuberculosis in badgers to predictions for the AIDS epidemic. In probability theory, he developed the Cox Process used for credit risk in financial mathematics, as well as logistic regression.

To this day, his pioneering statistical methods are essential in obtaining reliable results across a wide spectrum of disciplines from genomics to astrophysics.