Born into an aristocratic English family, Lovelace’s childhood was marked by emotional turmoil and illness. Her father, Lord Byron, left the family a month after she was born, leaving her upbringing to her mother, Lady Byron, a mathematician. Her mother encouraged her daughter to focus on math and science and discouraged literature and poetry, realms that she associated with her libertine husband.

Through family and friends, Lovelace had access to some of the world’s leading minds in science and math. It was through her math tutor Mary Sommerville, the prominent Scottish science and math writer, that she was introduced to Charles Babbage, the “father of computers.”

When she met Babbage, he had spent much of the previous decade working on the “Difference Engine,” a mechanical calculator that Babbage had gotten significant financial backing from the British government to build. Lovelace described her first experience with the technology in 1833:

“We both went to see the thinking machine (or so it seems) last Monday. It raised several Nos. to the 2nd and 3rd powers, and extracted the root of a Quadratic equation.”

In 1837, Babbage proposed an even more powerful machine: a general-purpose computer that he called the Analytical Engine. The machine would hold 1,000 numbers, each with 40 decimal digits, and be able to perform basic arithmetic as well as square roots and comparisons. Formulas would be fed to the machine through punched cards; the machine would spit out calculations through a printer, curve plotter and bell.

In 1840, Lovelace was hired to translate a paper that Italian engineer (and future prime minister) Luigi Manabrea published in French about the analytical engine. However, she ended up doing far more than merely translating it; she added lengthy notes to the paper with corrections and some of her own theories.

Most notably, Lovelace proposed an algorithm for the engine to compute Bernoulli’s numbers. It is considered by some to be the first instance of computer programming, even though the computer it was intended for was never built.

In recent years, there has been considerable debate about the extent to which Lovelace, and not Babbage, was responsible for the algorithm.

A vision for the future of computing

Lovelace believed that computers could become much more than calculators. She described the prospect of computers doing a range of things, including composing “elaborate and scientific pieces of music of any degree of complexity or extent.”

She also strongly hinted that she did not buy into the idea of artificial intelligence.

“The Analytical Engine has no pretensions whatever to originate anything,” she wrote. “It can do whatever we know how to order it to perform. It can follow analysis; but it has no power of anticipating any analytical relations or truths.”

These comments have since been described as the Lovelace Objection. It continues to be cited as a way to distinguish between ordinary computers and AI. 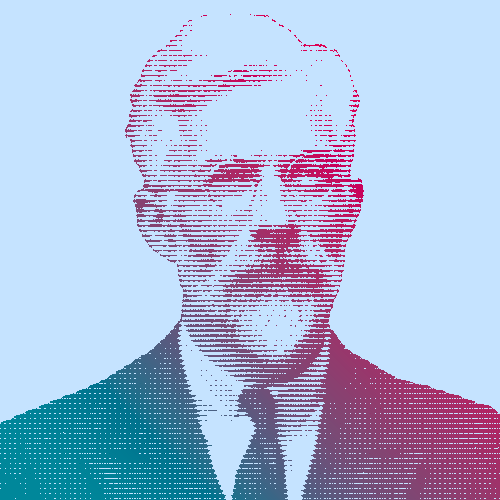